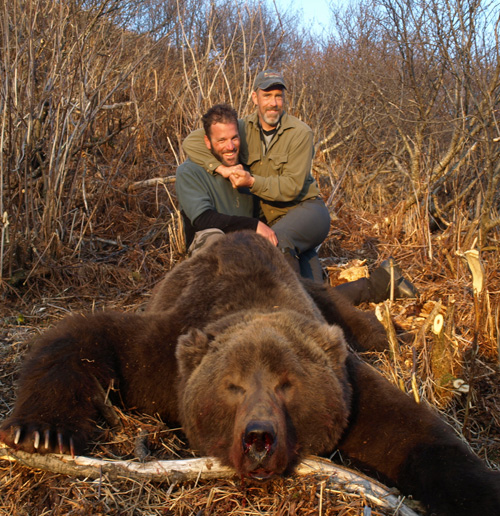 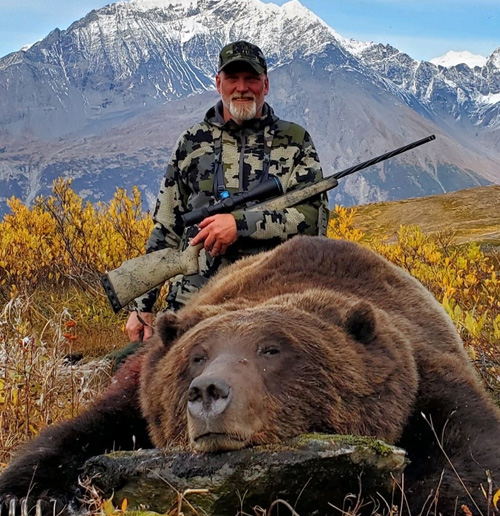 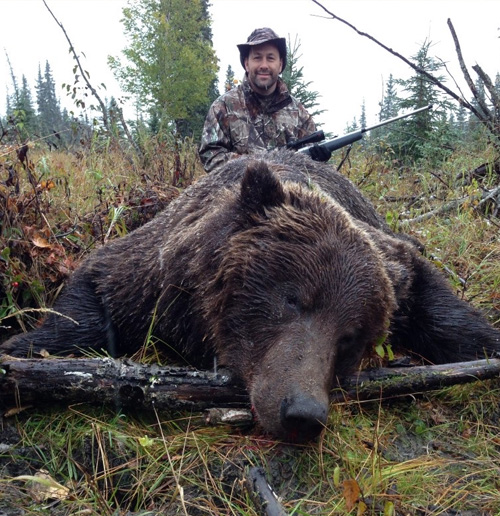 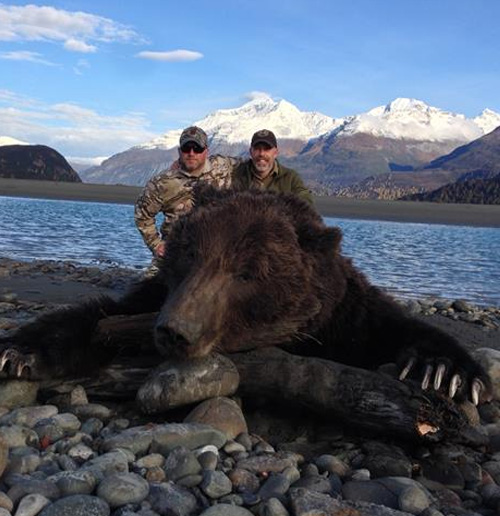 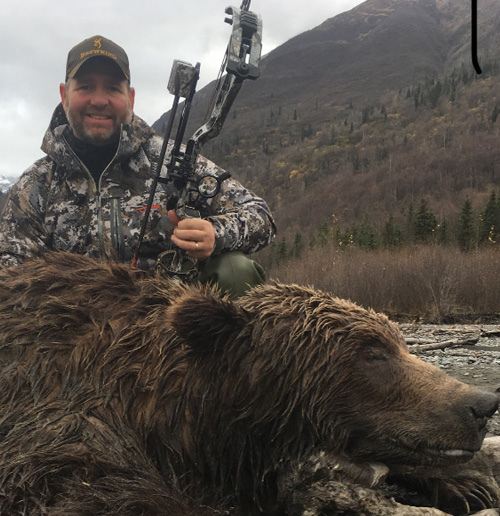 Only a hunter who has experienced a big male brown bear up close can understand the awesome feeling of power and respect. We typically hunt for bears along the salmon-choked rivers on which they feed, using high-points along the river to glass. The best way to locate bears is from a high vantage point overlooking as much country as possible, watching travel routes and salmon holes. In our Brown Bear area we have high concentration of several salmon species running the rivers and streams with some salmon runs moving well into October.  During late fall the bears move back and forth from the rivers to the hillsides looking for berries and the occasional ground squirrel.  Bears average between 8 and 9 feet with a few reaching into the 10 foot range. Hunts last 10 days and black bears can be taken with a trophy fee with wolf at no charge. Fall and Spring hunts are available as well as combination hunts. Spring bear hunts can be gorgeous in Alaska, with temperatures that feel like 70 degrees as the springtime sun reflects off the snow and plenty of daylight to glass for bears.

Between our different areas of operation we have both species of bear: brown bear and grizzly bear, as specified in the Boone and Crockett Club and Pope and Young classifications.  Your hunt can be tailored to the species you are pursuing.